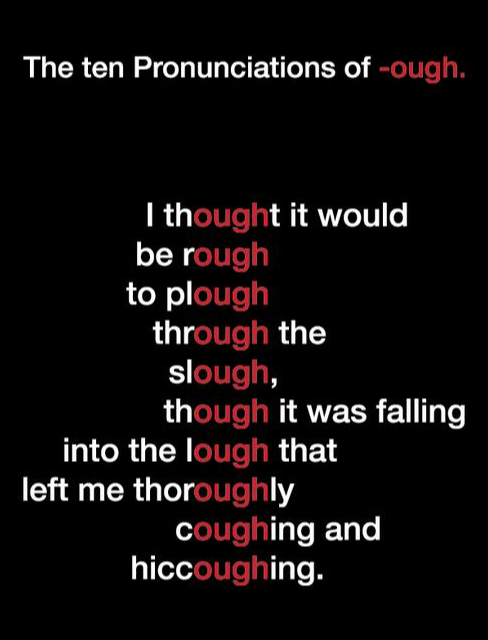 -OUGH is one of the most confusing spellings in English. Because of changes in the spelling of English vowels over time, and English’s penchant for borrowing words from other languages, we’ve ended up with this hot mess of letters which can be pronounced in a number of different ways.

Fortunately, you can pretty much ignore 5, 7, and 10, as they are very unusual words.

That leaves us with 7 more frequent patterns that are useful to learn.

Can you think of more examples of words with each of these 7 sounds?

Which sounds & spellings do you find most challenging?

Let us know in the comments!

What should you do the day before your IELTS exam?

Cue card section is the second part of IELTS speaking test. Let us