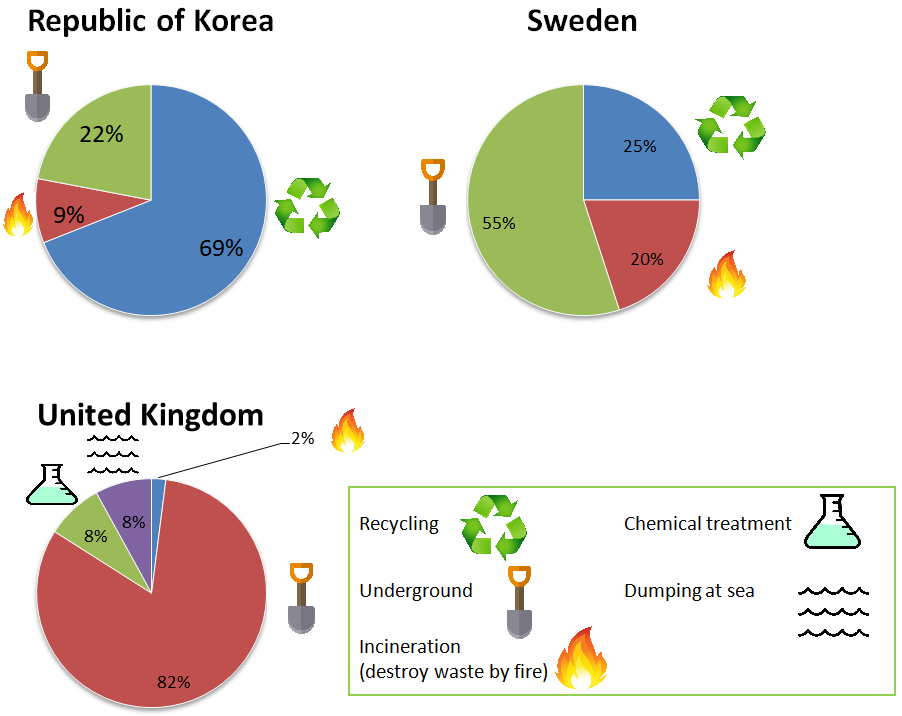 The pie chart describes the diferent methodologies and techiniques to treat the harmful unwanted products adopted by three countries such as the UK, the Sweden and the Republic of Korea.

From the chart it is very evident that, the UK has adopted incineration as the most preferred (82%) way of destroying the dangerous waste products, whereas the Sweden has opted for underground dumping (55%) and the Republic of Korea goes with the recycling of products (69%). In terms of recycling of waste products, Republic of Korea leads the chart with 69%, followed by Sweden with 25% and the UK with a meagre 2%.

The Sweden treats the waste product using incineration method twice as much as Korea. No other country except the UK has adopted the methods such as dumping the waste at sea and treat the same with chemicals each contributes to 8%.