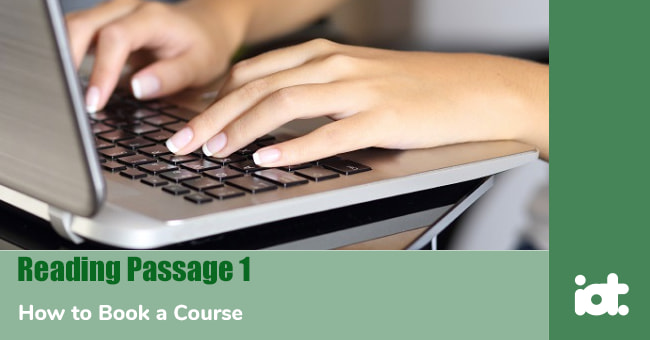 How to Book a Course

Read the text below and answer Questions 1– 6.

Read the text below and answer Questions 7-14. 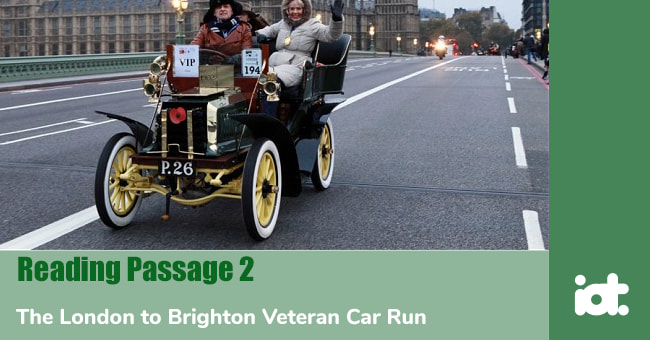 Read the text below and answer Questions 15–20.

Read the text below and answer Questions 21-27.

Read the text below and answer questions 28-40. 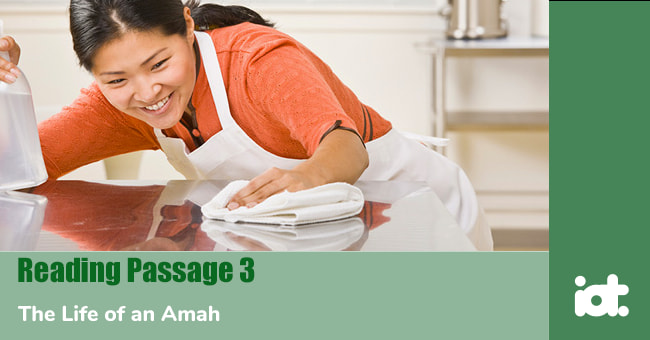 The Life of an Amah

Life in China at the beginning of the 20th Century was a very different world than today, especially for women. It was often a very hard life with most women working in the rural areas of China for nothing more than a hand-to-mouth living. For many women in Guangdong province by the Pearl River Delta, however, life was to change forever.

The villages they lived in by the Delta that had once been surrounded by fishponds were now replaced by mulberry trees. This meant large quantities of white mulberry leaves to feed silkworms. This was a chance for many women in the area to grab their independence and they did this by working in China’s now booming silk industry.

It is estimated that over two million women were involved in the silk industry. They took great pride in their independence and refused a conventional lifestyle. They formed sisterhoods and refused to get married, swore oaths of chastity and moved out of their family homes into spinster houses or vegetarian halls as they were called. Some women even held funeral services for a ‘sister’ who had decided to marry.

By the 1930s, however, it was all over. The silk industry had been badly affected by the world depression and many of the once thriving factories were forced to close leaving many women jobless. Some managed to maintain their independence by becoming domestic servants. These were the amahs. By moving to Hong Kong, Singapore and other Southeast Asian countries they could earn enough money (5$ a month) to live a reasonable life and continue their independent lifestyle.

An amahs social life took place in a ‘coolie fong’. This was a 2-3 story building rented by a sisterhood. It was here where she would spend time after her working day was over or on days off. It was a place to relax, share stories with other ‘sisters’, hear about new job opportunities, and collect any letters that had been sent to her from her family in China.

Sisterhoods usually ranged in size from six to ten women but could have up to thirty members. The sisterhood networks helped women migrate from the silk areas of China into cities overseas. Once the ‘sisters’ had arrived in one of these cities, the sisterhoods trained the women in various skills to be a cook, lady's maid or baby amah, and assisted them in finding jobs and in relocating them if their work situation was unsatisfactory. The training provided by the sisterhood usually helped the ‘sister’ become a valued servant and, therefore, to receive the wages she asked for.

Sisterhoods also established loan associations for their members, which were especially important for immigrants separated from possible family assistance. The loan associations also acted as investment clubs where the women pooled their savings to buy property where they could retire together.

Every amah had a different routine as this partly depended on the size of the family they were working for and whether they were European or local. Europeans tended to be more demanding. Some households would hire more than one amah but others would only hire one. For many amahs this was a good thing. Although they had to work harder they felt they were more independent and free of typical domestic servant
arguments. These amahs were usually known as “one-leg kick” (or “yat keok tek” in Cantonese) since they did all the work in the household.

A typical workday began when she woke up early in the morning around 5 a.m. and, after getting herself ready, she would start cooking breakfast. After doing the dishes, she swept and tidied up the house. When that was done, she washed the clothes and prepared lunch. After cleaning up, she did the ironing. When that was done, she took a bath. It would then be time to cook again. By the time dinner was over, and she had cleaned up and finished the dishes, it would be about 9p.m. A 16-hour day that was repeated seven days a week with only an occasional half-day off.

Sometimes known as ‘black and whites’ because they often wore white shirts and black pants with their hair in a bun or a long braid falling down their backs, they were seen as an elite group of servants that were hardworking, trustworthy, and completely loyal to the families they worked for.

Stories of their complete loyalty are common with one amah jumping into the sea to rescue her English charge who had accidentally fallen from the ship. Others even worked for free if their employees lost their job and couldn’t pay them. In return the amahs were not exploited but treated like members of the family. Indeed, it was their loyalty that led to them being called amah as the Cantonese word for mother is amah.

If you decide to book in person don't forget to bring your photo, form, and 1

If you decide to pay by post you can find the 2 online.

Regardless of how you book do it a minimum of 4 before.

All of the courses are free from 5

6 is the only reason we would provide a full refund.

15 The first cars arrive when it is still dark.

16 If you arrive by car to watch the race you can park in Hyde Park.

17  The postcode will take you to the exact place in Hyde Park.

18 If travelling by tube then the Central Line gets you closest to the VCR start line.

19 Tea and light refreshments will be provided on the open top bus.

20 Travelling on the open top bus means you will get wet if it rains.

Look at the following statements and the list of animals below.

Match each statement with the correct animal, A-F.

Write the correct letter, A-F, in boxes 21-27 on your answer sheet.

21 This male tries to attract a partner by giving her food.

22 This male likes to look for a partner at the same time as many others.

23  This male might end up being eaten if he’s not careful.

24 This male knows if he has been successful or not by the colour of the female.

25 This male likes to do party tricks with his nose.

26 This male likes to think he is a macho man.

27 This male would be a great painter and decorator if he were a man.

Complete the flow chart below.

Choose NO MORE THAN THREE WORDS AND/OR A NUMBER for each answer.

What were silkworms given to eat?

Why did many silk factories close?

36 Most Amahs never wanted to marry.

37 Amahs would often get letters from China.

38 Some Amahs were called “one-leg kick” because they were kicked by their owners.

39 Amahs were given a regular day off.

40 Amahs were considered the best of the best.